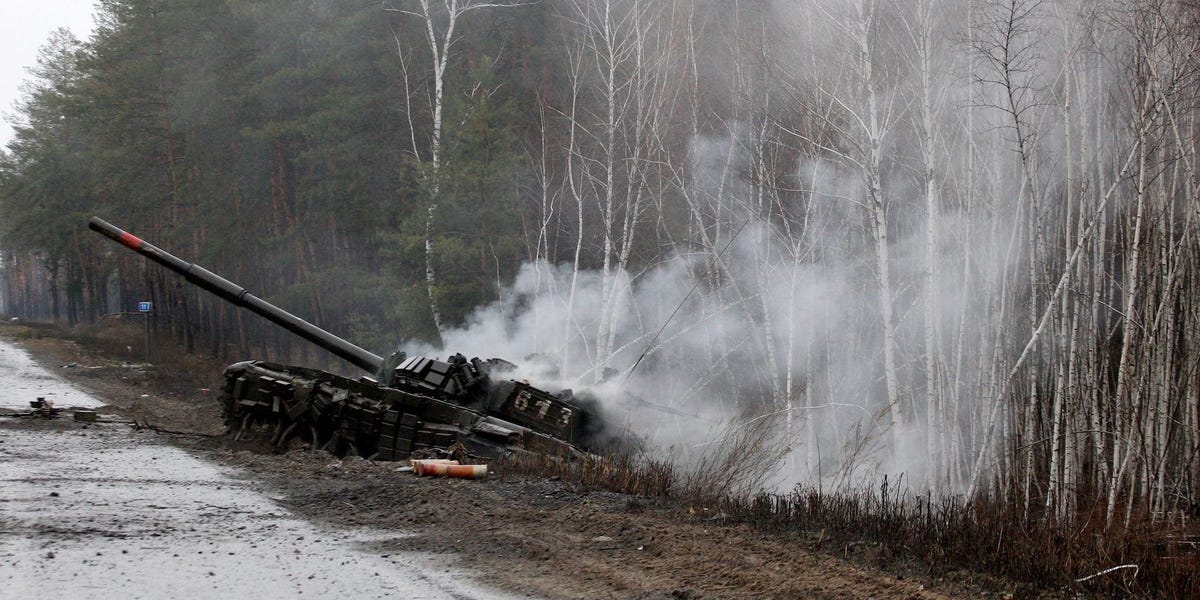 The world’s biggest oil trader said the energy market is showing people are not quite as concerned about the risk to crude supply from Russia’s war in Ukraine.

Vitol, which trades more crude oil than any other company, said prices were lower than expected given the threats of disruption to Russian energy exports. Russia is the world’s third-largest producer of crude oil.

“A large number of people do feel that oil prices could be higher considering the current risk of disruption to supplies from Russia due to sanctions,” said Vitol’s Mike Muller in a Sunday podcast with Gulf Intelligence. “But people are still lost figuring out those numbers.”

The US and UK are banning imports of Russian oil and gas, but the European Union has yet to take any concrete action, given how much it depends on Russia for fuel. Traders have avoided booking cargoes of Russian oil since the start of the conflict in late February and the shortage is already making itself felt across the global energy market.

Muller said a few million barrels of oil a day from Russia may be lost due to sanctions and other disruptions and oil was trading relatively cheaply, given the potential supply squeeze, should tougher restrictions come into force.

“We’re getting numbers somewhere north of 2 million barrels per day perhaps for the latter half of Q2 and into Q3,” Muller said.

However, some of the heat has come out of the market of late, as surging cases of COVID in China have led to lockdowns in major cities like Shanghai and Shenzen, which has threatened the demand outlook. Furthermore, the United States has just agreed to release the equivalent of 1 million barrels of oil per day for the next six months from its strategic reserves and other countries are set to follow suit.

“A combination of those two things really rubbed out any concerns over supply shortages in terms of losses out of Russia,” Muller said.

The International Energy Agency also said on April 1 it would go ahead with a second emergency release of oil reserves.

Meanwhile, other oil supply limitations persisted. The OPEC+ group of exporters, which includes Russia, stuck to their existing plan to jointly raise output by 400,000 barrels per day this coming month, Muller said, despite the potential for disruption.

“There was a global stock draw that the world is predicting on the basis of OPEC+ continuing to hold their line, not least because there is very little extra production available out of anywhere than core OPEC these days,” he said.

The Iranian nuclear deal also looks less likely in the coming future, Muller said. This would have allowed Iran to fully resume oil production and exports after years of sanctions.

“Everyone was expecting the return of Iranian supplies,” he said. “I think nobody believes that is going to happen in Q2 and it looks less likely than it was a few weeks back for various reasons,” he said.

Brent crude oil had surged to a high of almost $140 per barrel while WTI crude was at $130 per barrel following Russia’s attack on Ukraine on February 24. Prices have since eased back towards $100 a barrel.